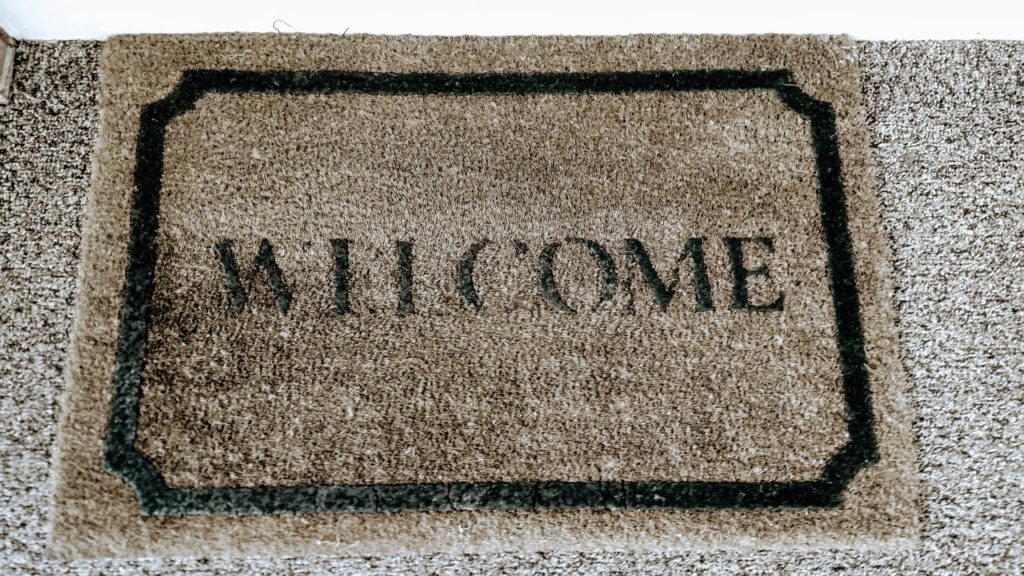 I’m sure you’ve heard this before, “Drop by any time. I have an open door policy.” I’ve even seen an executive suite designed with no doors on the offices to enforce the concept.

This is all well and good. But, I disagree. Strongly.

You see where this is going? Seems obvious, doesn’t it?

How can someone feel comfortable sharing with you their deepest issues and concerns if they are concerned others can overhear the conversation? Especially if the issue at hand is sitting right outside the office; or is best friends with the person sitting there. You get the picture.

It’s not always an issue of complaining. Sometimes the conversation is extremely private in nature. They might be having a crisis in their personal life. Some conversations are difficult to start in the best of circumstances, and nearly impossible to begin without a sense of privacy.

So, the first step is to create an environment of privacy. Close the door.

Here’s something I learned from raising kids. Let them vent. Let them scream. Let them express their frustrations. Then pause. … Wait a beat. … Breathe. … And then … Ask them, “What would you like me to do about that?”

Not in a sarcastic voice. An honest, caring, empathetic way.

It is amazing how many times an employee, a staff member, a coworker has come into my office and simply needed to vent. No action was necessary on my part – other than to hear them. Allowing them to vent, to blow off the steam that had built up to the point where they came marching (sometimes storming) into my office was all they needed. It totally defused the situation. They were then able to go about their day. Other times, there were things they would ask of me. But, they could only ask in confidence.

To facilitate that level of open conversation we must make it safe to say whatever needs to be said. And a simple way to do that is by closing the door.

My policy is simple. Come in. Close the door. Say anything you need to say. What is said there stays there. The only thing that leaves is the action (if any) that is needed to address the issue.

Give it a shot. Create your own closed door policy. Encourage people to come in, close the door, say what they need to say. Then, when the door opens, walk out with a fresh perspective.

Have you ever had someone say, “I remember when you said…” and you think, “Did I say that?” Obviously, it’s a lot more fun when the next thought is, “Hey, that was pretty good,” rather than, “Gee, that was dumb.” I’ve certainly had my fair share of the latter. Fortunately, I’ve also had a fair share of the former.

One of those happened recently after being interviewed for a Podcast. It was several months between the interview and when the Podcast was released. As I read the preview text describing the conversation, I was struck with, “I said that? Wow. That’s good.”

It would be nice to think that we are full of wisdom and that this wisdom would flow freely. The reality is that each of us have bits of wisdom, based on our personal experiences, locked away in our brains. For most of us, it just sits there, untapped, until something triggers the lock.

For me, the most consistent method is conversation. Real conversation. Not surface level. Courageous, probing conversation. The more probing the conversation, the deeper we go in the search for hidden nuggets. I need someone to ask questions, start down a path, see where it leads, take turns along the way, pull me back to the topic at hand from time to time, and push for deeper thoughts. It is also important that the person doing the probing maintain a positive, encouraging tone.

I’ve had the pleasure of being interviewed for a number of podcasts. Each time, the interviewer managed to extract nuggets that I had never put into words before. These thoughts, being core to my belief system, seemed obvious to me. The interviewer, though, made it clear that this was a new insight, at least to them.

Each of us builds up our core beliefs over time. Because they form so slowly, we take them for granted. Rarely do we have the opportunity to put these core beliefs into words. When we do, the results are enlightening, for ourselves as well as those to whom we are speaking.

When is the last time you had an in-depth, probing conversation with your boss (or their boss)? What nuggets of wisdom are lying there, dormant, waiting to be extracted by means of asking the right questions? What about your staff? How often to do you assist your best people to express the fundamental beliefs that make them the strong players that they are? And, finally, what nuggets of wisdom are there in your own brain, hiding, waiting to be shared with others?

Probe. Dig deeper. Find the nuggets. Share them with others. 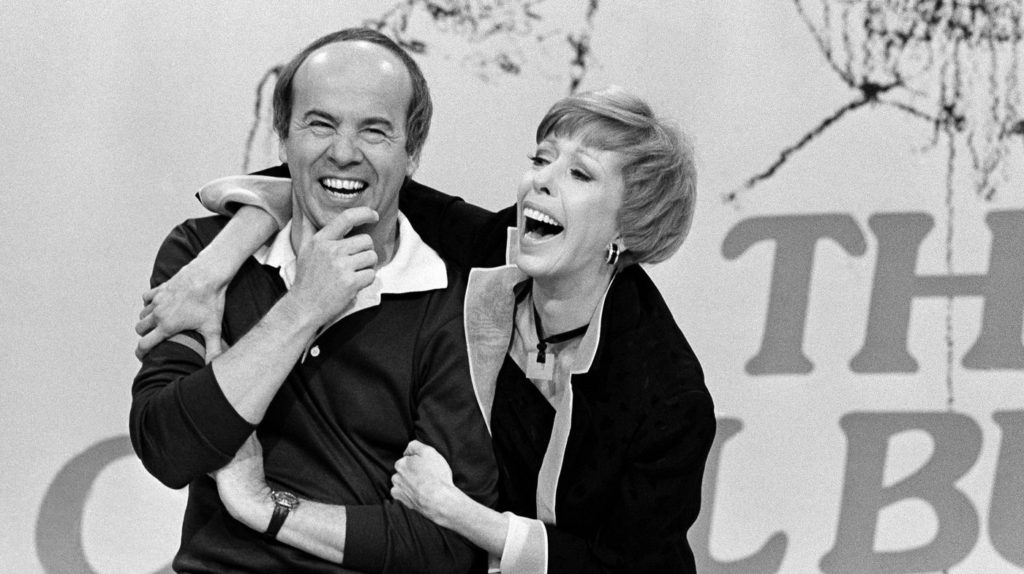 How do you respond when someone leaves your team?

Let’s assume this was a person you thoroughly enjoyed having on your team. You’re going to miss them.

Do you wish them well and celebrate your time together? Do you try anything and everything to get them to stay? Is your response different based on whether they are moving to another area within your company, or leaving the company altogether?

In the iconic TV show, “The Carol Burnett Show”, every episode ended with Carol singing, “I’m so glad we had this time together…”

To me, that is the best possible response.

I’ve done my fair share of moving on, and experienced a wide variety of responses when having that initial conversation with my boss. Some of these responses include:

It’s so easy to take it personally when someone leaves our team. Sometimes this is built into the company culture. Retaining employees is often used as a measure of a manager’s success. I’ve never subscribed to this philosophy.

Sure, if you are experiencing mass exodus of your star players, you should be doing some introspection. That’s not what I am talking about here. I am referring to those people who are leaving for new opportunities, new challenges, or new geographic locations that address their individual needs and career path.

My goal as a manager has always been to provide as many opportunities for growth as possible, with the full realization that someday the individual may outgrow the opportunities available on that team. To me, there is nothing as satisfying as watching those I’ve mentored outgrow the place where we started. I love following the careers of people on LinkedIn as they continue in their journey.

Next time someone turns in their notice, throw a party. Celebrate. Be thankful for the time you had together. Then get to work helping someone new step up to the challenge of filling the vacancy. Everybody wins. 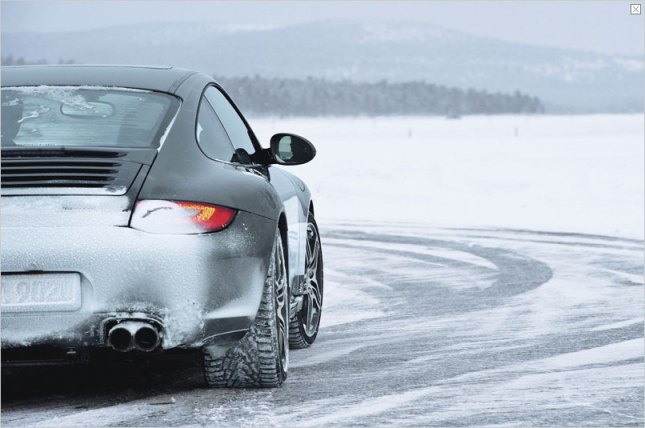 Many years ago I was involved in a corporate merger. I was on the side of the company being purchased and subsequently absorbed.

During the lead-up to the actual papers being signed, executives from the soon-to-be parent company visited our location as part of their due diligence.

One of these visits was in the midst of a winter storm going on at the location of the parent company. As we were walking through our local campus, there was casual discussion of this storm. One of the executives told us that whenever bad weather approaches, he drives his Porsche to the airport, leaves it there, and rents a car that is more suitable to winter driving. I commented that I could not imagine being in a position where I could have such a fancy (and expensive) car, and choose to take on the additional expense of renting something different.

He responded by saying, “You will.”

My key takeaways from this offhand remark were:

Both of these turned out to be true.

This simple statement, “You will,” impacted my work greatly. I felt motivated, included, engaged. “You will,” became, “I did.” For that, I am extremely grateful.

As a leader, do you believe in sharing the wealth? Do you actively seek ways to include others in the benefits that you have received?

Or do you view the perks and benefits you have received as something to guard and protect?