How was your last company gathering?

I am always interested in what makes company gatherings winners and losers in the minds of the employees. Since I frequently entertain at these types of events, I am always seeking new ways that I can help make them winners.

During a conversation with a friend about his company’s recent summer picnic, my friend said something that I’ve witnessed, but had never quite put into words. “If the boss is a jerk, there’s not a whole lot anyone can do to turn the event around.” 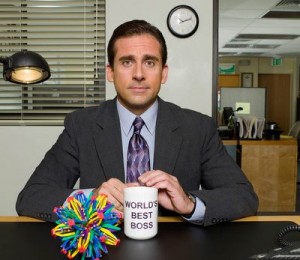 Over the years, I’ve developed a radar for quickly determining jerk bosses at company events. There are signs.  Here are some of them. (Note: I’ll use “he”, although it could just as easily be “she”.)

Jerk Boss Indicators:
1. The jerk boss ignores everyone but his inner circle during the event.
2. The jerk boss doesn’t even bother attending. It amazes me that a company would hold a once-a-year event with high expectations for attendance by the employees, yet the boss arrives late, leaves early, or is not there at all. This is even more baffling to me when it is a privately owned company. I’ve seen it more times than you’d think.
3. The jerk boss goes first in the food line, or, his table is served first.
4. The jerk boss refuses to participate in the entertainment because he might look bad.
5. The jerk boss wins the 50-50 drawing – and keeps it.  (I wish I could say I’ve never seen this happen.)

Just as there are jerk indicators, there are also indicators of a boss who is respected and loved by his staff.

Non-Jerk Boss Indicators:
1. He mingles easily among the employees and they accept him eagerly into their conversations.
2. He arrives before the first guest and stays until the last guest has gone. More often than not, he is standing at the entrance greeting people with a hearty smile as they arrive. If he’s late or not there, everyone knows where he is and why he couldn’t be there. Sometimes personal issues do come up. The beloved boss demonstrates by example his own work/life balance.
3. He is just one of the guests when it comes to food serving order.
4. He eagerly participates in the entertainment, always first to laugh at himself. Occasionally he will defer this role to someone else because he knows that person would thoroughly enjoy the experience. It has nothing to do with protecting his image.
5. He laughs about his number being drawn for any type of prize and quickly calls for a new one to be selected.

Here’s another observation. Across the board, when I’m with a group that has a jerk boss, much of the talk is about how the business is struggling. The overall tone is very down. When it’s a non-jerk boss, the business is growing and thriving, or at least optimistically pushing through their current challenges. Which is cause and which is effect? You decide. I certainly have my opinion.

What are your top indicators of jerk and non-jerk boss? Drop me a line. I’d love to hear them.

How do you measure success?

Last week I entertained at the Huron County Fair in Norwalk, OH, doing 3 shows each day from Monday through Saturday. It was a lot of fun, especially with the fantastic crowds and super weather.

Sharing the grassy area stage with me was Bobby Maverick, a magician and escape artist. For years, Bobby made his living as a street performer, or Busker. We got to talking about how we measure our success as entertainers. Bobby told me how much he loves performing on a street corner, with the only payment being what shows up in your upturned hat when you’re done. He explained that it doesn’t matter how many laughs you get or how loud the applause, the only thing that matters to a street performer is how much money is in that hat.

My goal is to entertain the audience. Sure, I want the audience to laugh – a lot. But, I’m not going for the level of sustained laughter that Jeff seeks. My act is specifically designed to generate waves of strong laughter with some pleasant rest periods in between. So, a sustained rate of 5-7 laughs per minute over the entire show is not the right metric for me.

Don’t get me wrong. I am always looking for ways to make the peaks stronger and the valleys narrower. But, much like a band that mixes in some slow songs to give the audience a break between the hard driving numbers, I intentionally mix in some segments that are designed to let the audience catch their breath.

During the fair, I realized two metrics that I can use instead. First is repeat audience attendance. I’ve been doing fairs for years and it has always amazed me that with all of the things going on at these events, people would make the choice to come back and see my show numerous times.

It is flattering. It also makes me work harder to do different shows each time.

Second is how many people pull out their cell phones to capture my act on video. I know many entertainers who get all bent out of shape when people record their shows. I find it amazingly flattering. If someone is enjoying what I am doing so much that they have the desire to record it, I’ll take that compliment every time. The reality is that people rarely try to record the whole thing. Something clicks with them and they pull out their phone to capture some small portion of the act. The more this happens, the more I know I am providing a show that they are enjoying.

The repeat attendee metric only works for extended runs like fairs. The cell phone metric, however, is appropriate for pretty much all of my work, including the audiences I serve the most – company and association events. Now my task is to set some targets for these metrics and figure out ways to actually track them.

What are your metrics? What is the best way to gauge the success of your performance? 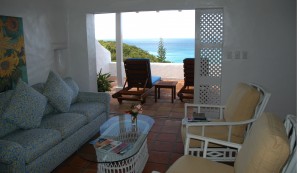 During the summer months at my house, we often have heated debates over open windows vs running the air conditioner. All of us prefer having the windows open as long as the temperature of the day supports that. It is making the transition between the two that has often caused us to keep the A/C running, even though it was colder outside than inside. Until recently.

My wife and I were having one of our silly debates over whether we should make the transition from running the A/C to having the windows open. My daughter asked why this required so much discussion. I said, “It’s such a big deal to run around and open all the windows.”  Her reply was so simple, “Or, you could just not make it a big deal.”  Ouch!

Isn’t that how we all live? We turn the simplest of tasks into a big deal, much bigger than they need to be. So we remain stuck in a situation, unwilling to make a change. And when we finally get around to making that change, we think, “Hey, that wasn’t such a big deal after all.”

And don’t we do the same thing at work? How many of us have stayed in a job or work situation we found to be unpleasant because we viewed making the transition to be “A Big Deal?” Or, perhaps the work situation isn’t really all that bad. We’re simply making it to be a bigger deal than it deserves.

As you go about your day today and hit those moments of frustration, ask yourself, does this need to be a big deal?